Fact: Men are buying more candles than ever before.

A sizable new market for candles to men is emerging as we roll into 2018.

Men are queuing up to buy more than 100 candles an hour 24/7, and what once was the sole province of women is slowly being encroached upon by savvy men who want their pads to smell as good as they look.

And entities ranging from online retailers to blogs for men are recognizing that.

“Candle sales to men have been growing during the past five years,” says Peter Robinson of The White Company. “In fact, that segment now represents more than 11 percent of our overall online trade.”

Robinson joins the rising ranks of other retailers recognizing this important — and sizable — trend. Other candle purveyors, such as the redoubtable Yankee Candles, will also reposition themselves next year with regard to the male market.

“Men are, and will continue to be, a viable market segment for Yankee,” says Nancy Sacco, Director of Brand Marketing, Yankee Candle.

in 2012, Yankee pioneered a lineup of candles targeted squarely at men.

Their then-revolutionary lineup of candles for men included such uniquely “male” names as First Down, 2X4, Riding Mower, and the surprisingly popular Man Town,  which one female Amazon customer characterized as “sexy — smells like a man who just stepped out of the shower.”

But that arguably sexist angle has faded along with the sale of candles from other market players that focused strictly on candle aromas that mimicked body functions and racing fuel. 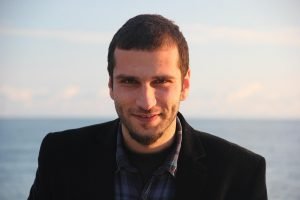 Yankee, for example, has discontinued manufacture of Man Town to concentrate instead on more sophisticated aromas — more in line with style-conscious young men who today are much more likely to buy brands that feature scents like patchouli, musk, amber, and the exotic smell of bergamot.

In 2018, for example, when you type in “Candles for Men” on the Yankee website’s search engine, you’ll get titles ranging from Apple Cider ( nutmeg, caramel, and baked apples aromas) to Winter Glow (frosted orange, rosemary, eucalyptus, and spruce.)

Specialty department store and online trendsetters — such as London’s The White Company — are also cashing in on the new niche.

With the holidays coming up, Robinson, with The White Company, expects heavy demand for what he calls their “Winter Winners.”

In fact, a candle simply called “Winter” is, he says, a fragrance that has become a best seller. “It has become for many their ‘holiday’ scent. We don’t sell it all year round, but our customers say once it is back instore (usually September) they feel the festive season is upon us.”

Robinson also says they have launched three other seasonal fragrances this year, all of which are proving to be popular with men. They are called “Highland Escape,” “White Christmas,” and “Fir Tree.”

Non-seasonal best sellers among male customers for The White Company include “Relax” and “Restore.” Robinson adds that these are “very relaxing and, again, popular with our male customers.” 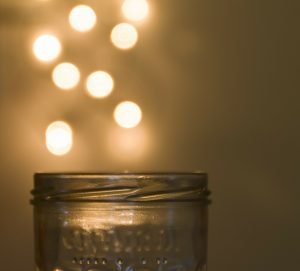 Leading the pack with its own brand of candles for men is the blog Unproper, started by Jeremy Vos and Cody Sai.

They combine soy with paraffin to get a clean-burning candle that also features a wide scent throw. Their branded candles include Hobart (whiskey and bergamot scents) and East 11 (wood fire and vetiver).

And leading blog for men The Idle Man has a shop devoted to candles for men, including such fragrances as Earl of East’s Smoke and Musk, and Cannabis by Malin + Goetz.

Finally, Mantelligence founder Kyle Boureston, while his blog doesn’t actively sell candles, does admit to having a partiality to one or two, including Voluspa’s Baltic Amber.

Candles for men — or Man Candles, as they are popularly called — are here to stay. For an updated list of the most popular candles for men, visit ManCandleReviews.com.

Return to the Home Page

Feel free to browse our curated collection of fine ManCandles.

All have been carefully screened for top review scores and broad appeal.

Here are a few other Manly Items for your consideration…